Venus Williams is surrounded by women. She is one of five sisters, one of the all-time greats of women’s tennis and has launched her own women’s fashion line. She’s surely no stranger to strong, resilient ladies — herself included.

And that’s one thing she wants to make clear: strength has no gender.

“I firmly believe in that,” Williams told AOL.com. “Strength is strength, resilience is resilience.”

This Women’s History Month, Williams is partnering with Brawny to empower women from all walks of life, all around the world. The iconic Brawny Man is stepping aside throughout March to instead celebrate strong women everywhere. 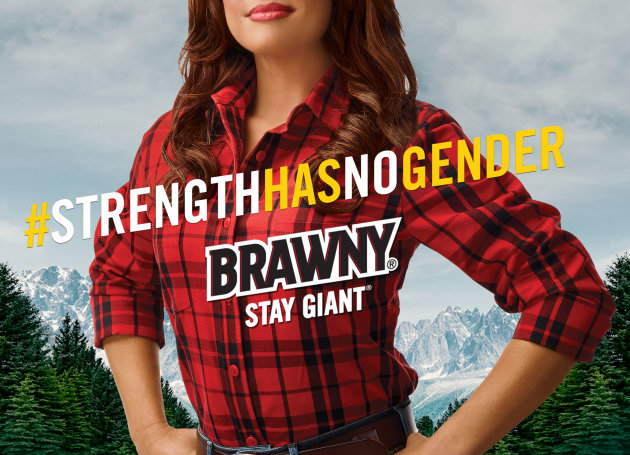 something very exciting happening with having a female on the packaging,” Williams said of Brawny’s campaign.

Women’s History Month first began in 1986 and, after many petitions, was officially declared country-wide in 1987. Resilient and inspirational women have been celebrated for all 31 days of March ever since.

“There are so many amazing women in so many different fields,” Williams said of the women featured in Brawny’s #StrengthHasNoGender campaign. “As an athlete, I’m really happy to be in that company, too.”

That kind of success doesn’t come without plenty of hard work and support.

“My older sisters have been very wonderful women and strong role models for me,” she said, adding that younger sister Serena is “not only influencing me, but pretty much the world.”

Especially when in competition with her sister or the other well-known women in tennis, Williams stresses that women need to “empower each other by example.”